This is an update on recent contacts by the Blue Revolution Hawaii Team with potential partners worldwide:

On his recent trip around the world starting in September, Pat Takahashi met in Tokyo with Dr. Professor Toshitsugu Sakou, a long-time proponent of ocean research at Tokyo University and current Chair of the Marine Technology Society of Japan, and MTS Japan colleagues preparing for the MTS Oceans conference in Kobe. They discussed possibilities for research cooperation between the U.S. and Japan, and the goal of the Blue Revolution Hawaii team to promote Hawaii to take a leading role for ocean resources development in Hawaiian waters.
Overlapping enroute to China in October, Pat and Leighton met with Dr. Changwen Wu, Vice President and Director of Research at Zhejiang Ocean University, which is among the top 5 universities in China for ocean research. We agreed to work together to establish a research exchange relationship with the University of Hawaii and other research institutes in Hawaii. Our meeting was set up by Dr. Zhibo Tang, Director of the Dept. of Science and Technology at Zhejiang Ocean University. 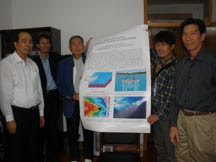 Pat and Leighton were also invited to lunch with Mr. Shi Jun Chen, Director for the Office of the Mayor of the City of Zhoushan, to discuss a possible clean-energy-city relationship with Honolulu. Zhoushan is the main island in the strategic archipelago south of Shanghai that is the easternmost point of China in the East China Sea, and has been designated for national strategic development in the coming years by the Government of China. Zhoushan was a fishing village of 6,000 people only 15 years ago, and today is a bustling international city of 1.5 million. 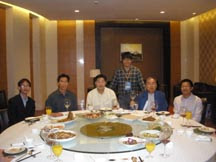 While Pat continued around the world, Leighton capped off his trip to China with a meeting in Tokyo with principals of Shimizu Corp., a pre-eminent architectural engineering firm in Japan. Shimizu has been developing engineering plans to build “Green Floating Islands” in the ocean that are 3,000 meters (2 miles) in diameter and can support 30,000 residents each as entirely clean energy, self-sustaining and carbon-negative ecosystems. Shimizu showed keen interest in Blue Revolution Hawaii’s goal to have the world’s first floating island built in Hawaiian waters as a living laboratory for ocean research. 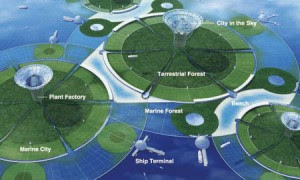 While in Tokyo Leighton also attended the EcoBalance 2010 conference in November at the Miraikan Science Museum, delivering presentations on ocean resources developments and clean energy incentives in Hawaii. Both topics were unique in a conference that included over 200 presentations by researchers and sustainability development experts from 48 countries worldwide. 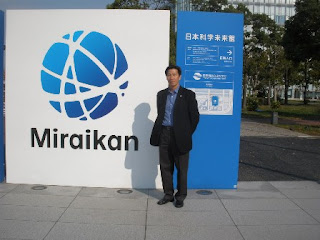 Here in Hawaii Lockheed Martin is proceeding with its plan to construct a 5 MW OTEC pilot plant in partnership with the State of Hawaii and the Taiwan Industrial Technology Research Institute starting next year in 2011. The pilot plant will enable the collection of operational and ocean impact monitoring data for optimization of design and operation of large-scale OTEC facilities in the ocean. Hawaii has the largest ocean exclusive economic zone (EEZ) of all states in the U.S. With successful pilot plant operation, Lockheed Martin plans, in Phase 2, to build a 100 MW OTEC-powered platform to generate baseload electricity and freshwater for Honolulu. The Lockheed Martin team is partnering with Makai Ocean Engineering and other Hawaii companies and the University of Hawaii. 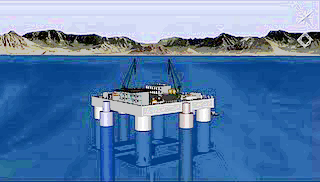 A proposal for growing yellowfin and bigeye tuna in large, autonomous, OTEC-powered “Oceanspheres” in an ocean lease zone 3 miles off Kawaihae Harbor of the Island of Hawaii has been put forward by Hawaii Oceanic Technology Inc., Honolulu, Hawaii. The company received approval of its final Environmental Impact Statement in October 2009 and recently completed licensing permitting for operations. Such next generation fisheries in deep ocean waters hold great promise for food sustainability and security, as well as positive health, environmental and socioeconomic benefits. 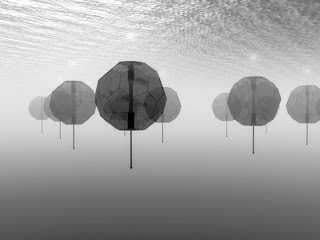