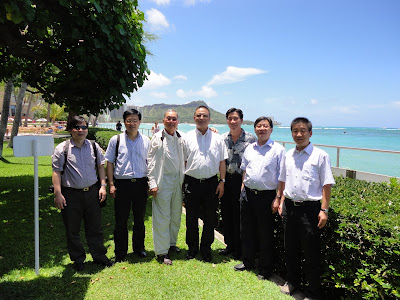 
We signed a Memorandum of Agreement (a following posting will provide details): 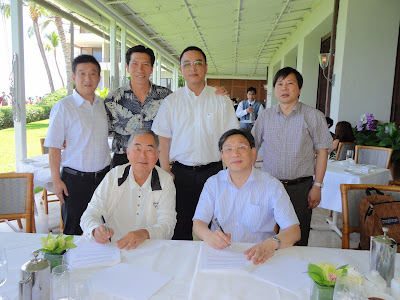 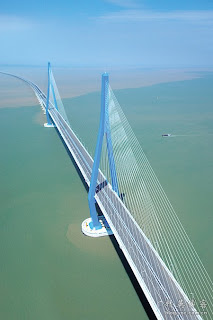 1.  A bridge (just part of it is to the right) finally connected Zhoushan Island (where Zhejiang Ocean University is located) to the mainland only last year at a cost of about two billion dollars.  These islands (and there are a thousand of them) were then made a Special Economic Zone.  Several more bridges will be built.  There are construction canes all over the island.

2.  The city of Shenzen, located close to Hong Kong was named a Special Economic Zone in 1988.  Depending on who you ask, the population is today 9 million, 14 million, 20 million or 30 million.  This means that the population grew by a factor of 30 to 100 over the past 23 years.

3.  Zhoushan now has a population of about a million.  Projections are that this will "only" increase to 3 million to 5 million by the Year 2020.

4.  Zhejiang Ocean University was formed in 1988, but already has 15,000 students.  A new campus at the coastline is being constructed.  I would not be surprised if this someday becomes the pre-eminent ocean institution for the country.

A sister city relationship is being discussed between Zhoushan and Honolulu.  Hawaii's primary link to China could well in time become these islands, located across the bay and south of Shanghai, for we have very similar interests and are the only island states of our respective countries.  [I was reminded that there, too, are Hainan and Taiwan, and, yes, we should form partnerships with all three locations.]