PROGRESS ON THE BLUE REVOLUTION 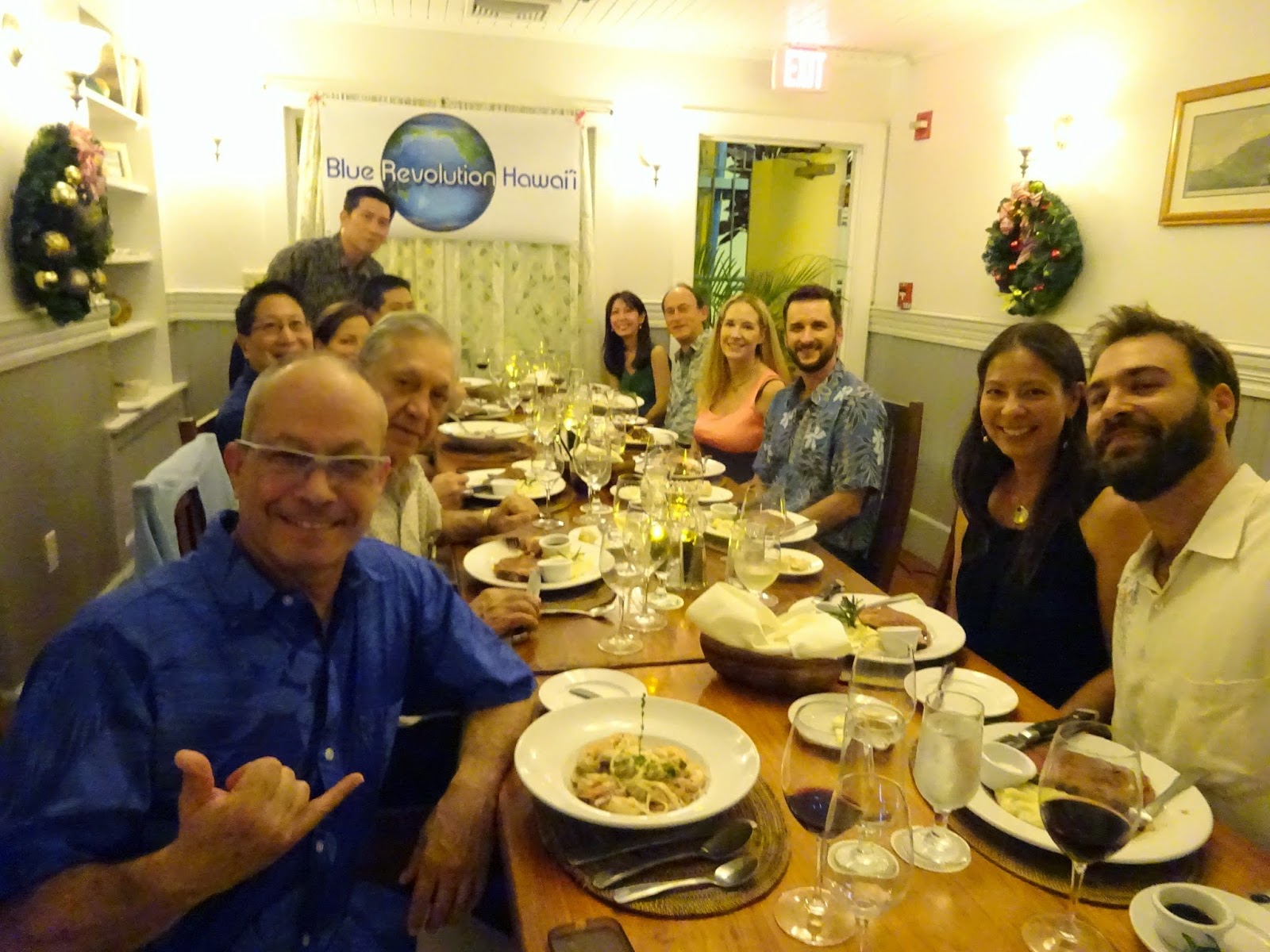 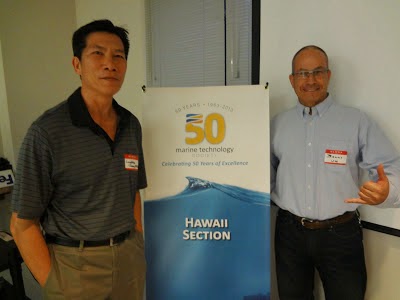 The organization is currently headed by Leighton Chong (patent attorney), standing in the back next to our sign, and Benny Ron (aquacultural lead at the University of Hawaii) at the left front.  Here they are to the left when they addressed the local Marine Technology Society.  Also on the board are John Farias (former director of Agriculture and UH regent), Matt Matsunaga (attorney and former State Senator, whose father, Sparky, was responsible for the first OTEC legislation in Congress), Kaiu Kimura (executive director of the Imiloa Astronomy Center), Dante Carpenter (chairman of Democratic Party and former State Senator) and Patrick Takahashi (former director of the Hawaii Natural Energy Institute at the University of Hawaii).  We had younger representation at this dinner, as compared to previous gatherings, shown in The Story of Blue Revolution Hawaii. 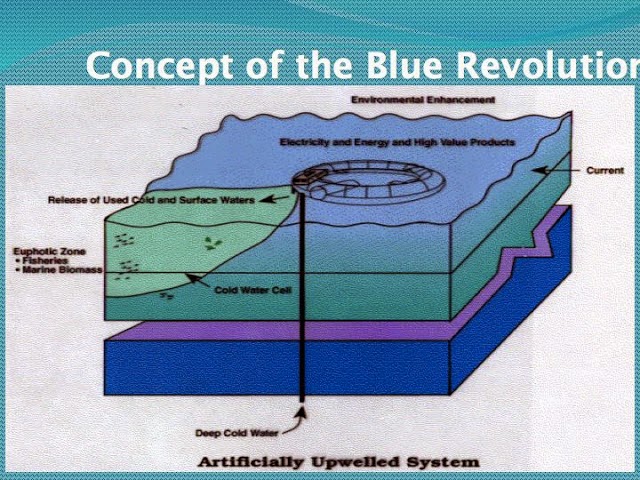 To summarize, BRH has proposed the Pacific International Ocean Station (PIOS--watch a summary of Pat's presentation to a Seasteading Institute conference in San Francisco), a grazing R&D plantship powered by ocean thermal energy conversion to develop the potential of marine co-products:  electricity, freshwater, next generation fisheries, marine biomass plantations, hydrogen, biomethanol, and other commodities, while possibly remediating global warming and preventing the formation of hurricanes.  This could be the first step for future floating cities and industrial parks. 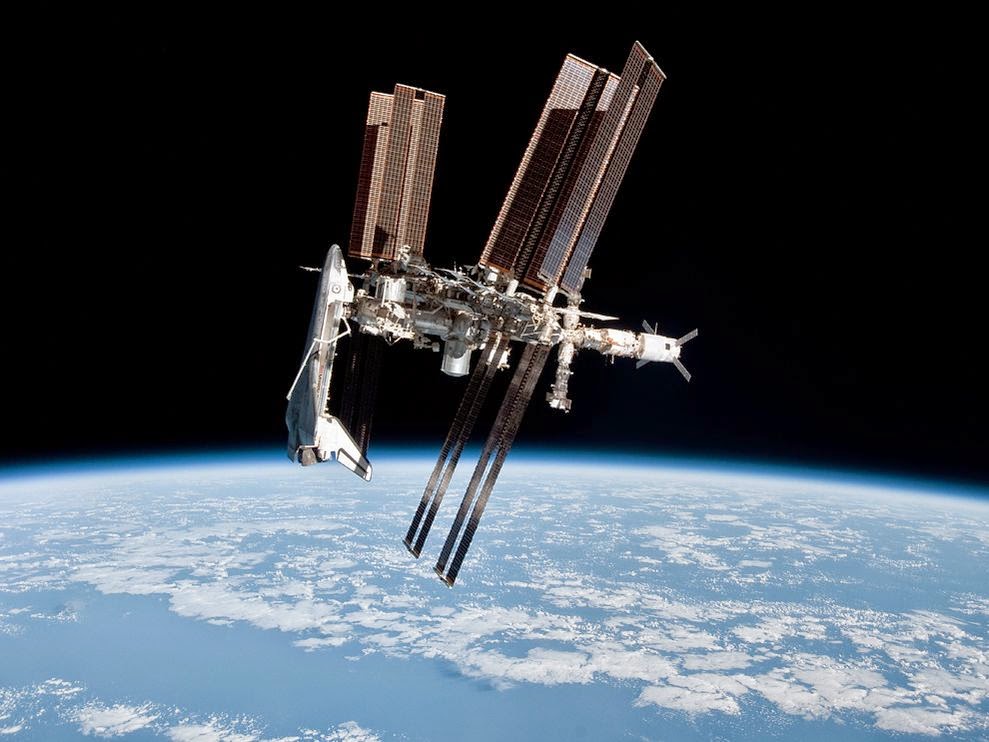 While the anticipated cost of this adventure approaches $1.5 billion, this sum is a mere 1% the $150 billion International Space Station, which has yet to initiate a profitable company, and could well plunge to Planet Earth in 2020.  Can you imagine how much better the world would be today if we had a hundred PIOSs plying the oceans of the world, developing sustainable resources in harmony with the marine environment? 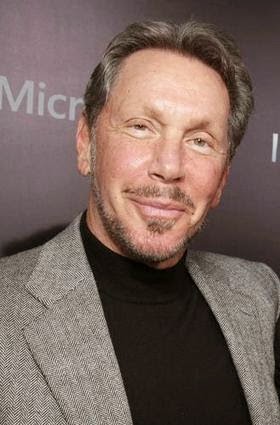 Governments and companies don't have the stomach nor capability for a program of this type.  Perhaps an enlightened billionaire and his friends seeking a monumental legacy might.  I show the photo of Larry Ellison, for he does own Lanai and was featured in one of my postings earlier this week.  He has not yet been officially contacted by BRH.  The blog site iBlue Revolution posts on fundraising for PIOS.  In the meantime, Leighton and Benny are initiating fundamental efforts to study this area.
For further details, click on the following Huffington Post articles:
-
Posted by WHERE ARE WE? WHERE WILL WE GO? at 10:24 AM