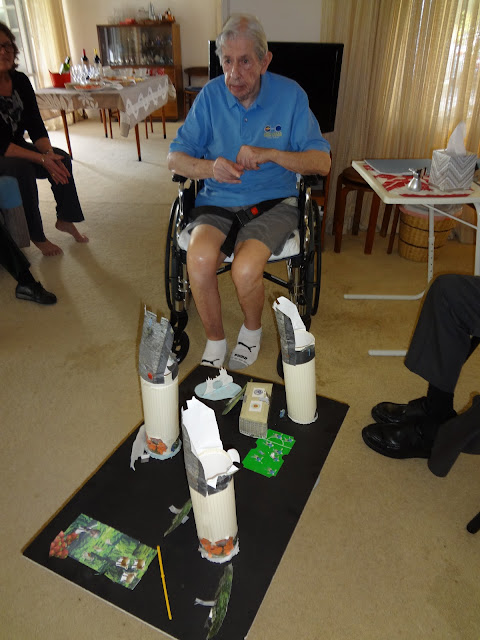 Our Story of the Blue Revolution started with John Pina Craven, so it was appropriate to begin the next phase of development for the Pacific International Ocean Station (PIOS) with an information exchange to gain his ancient mariner wisdom.  Above, Professor Craven pontificating on the merits of this particular mock-up of a very large floating platform.  At his home this afternoon, interacting with him were George Ariyoshi, Fujio Matsuda, John  Farias, Leighton Chong, Matt Matsunaga, Ken Sanders, Patrick Takahashi and, as interlocutor, Benny Ron.  Associates of John were his wife Dorothy and (does anyone have the name of John's assistant?). 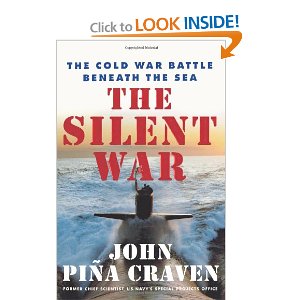 John is one of those individuals who needs no introduction, but let us anyway indicate that he was born in New York City 88 years ago; has science, engineering and law degrees from the Californian Institute of Technology, the University of Iowa and George Washington University, respectively; served as Chief Scientist of the U.S. Navy's Special Projects Office (where his activities were well-chronicled in books such as Blind Man's Bluff and his The Silent War); and arrived in 1970 to stay in the middle of the Pacific Ocean as the Marine Affairs Coordinator for the State of Hawaii, where he founded the original facility for what is now the Natural Energy Laboratory of Hawaii Authority at Keahole Point on the Big Island of Hawaii.

He regaled us with old sea stories, weaving into the fabric of his life people like Hyman Rickover, Richard Nixon, John Burns, Kiyonori Kikutake and Marlon Brandon.  The bottom line is that he encouraged Blue Revolution Hawaii to keep proceeding with the Pacific International Ocean Station, for if not us, then who.  He strongly felt that the technical aspects of the sustainable ocean system with the co-products were eminently attainable, but we should be particularly sensitive to, and in fact, will actively need to overcome, the political, sociological, economic and environmental factors, which will make or break our efforts.  Finally, here is our Man of the Ocean: 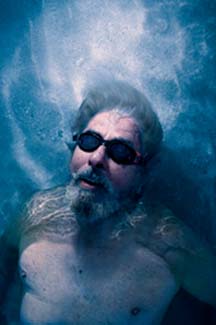