Aquaculture America occurred last month at the Hawaii Convention Center.  This organization met two years ago in Las Vegas at the Paris Hotel, where Blue Revolution Hawaii gave a talk on our activities. 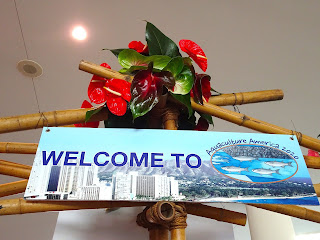 Did you know that the ocean contributes $2.5 trillion to the global economy?  The U.S. runs a $15 billion seafood trade deficit.

Blue Revolution Hawaii was again represented at the Aquaculture America 2020 gathering in Honolulu:

We provided the first talk of our session: 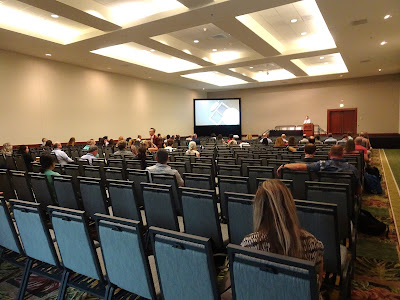 •Blue Revolution Hawaii was formed nearly a decade ago to develop the Blue Revolution.
•Agreements of cooperation have been made with various international universities, companies and government organizations.
•The primary purpose is to build the Pacific International Ocean Station

AMONG THE HISTORICAL ACCOMPLISHMENTS OF THE CO-AUTHORS
•1975:  Experimented with using microalgae for biofuels and remediation of global warming
•1980:  Wrote the original congressional legislation for OTEC and Hydrogen, both becoming law.
•1990:  Guided the 250 kW open cycle OTEC facility at the Natural Energy Laboratory of Hawaii Authority
•1992:  Presented the first paper on the Blue Revolution at the first large-scale floating platform international gathering.
•1999:  Published The Ultimate Ocean Ranch in Sea Technology

WHAT IS THE BLUE REVOLUTION? 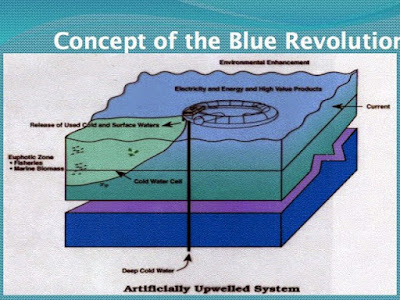 THREE STAGE PROGRAM
•Secure half a million dollars to host a symposium for billionaires
•$150 million:  Pacific International Ocean Station near Hawaii in 2030 as the showcase exhibit for a World’s Fair
•$150 billion:  First Ocean City at the equator in 2050 and a follow-up Ocean Expo (the first World’s Fair was held in London in 1851) 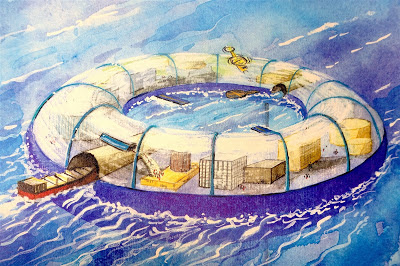 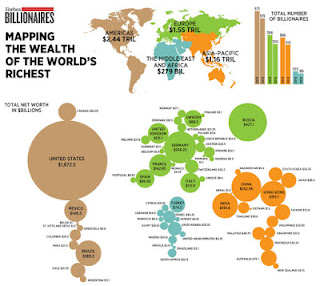 At the end of the talk a couple of people came to discuss future options.  At least one of them appears to have a link with potential big money.  Blue Revolution Hawaii currently has half a million dollars endowed at the University of Hawaii to initiate the program.  We are seeking at this time matching funds to host a summit of billionaires or their staff interested in the concept.