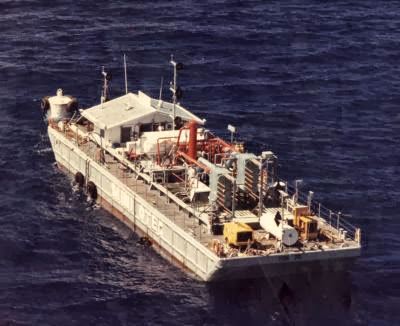 It was in 1979 that Lockheed succeeded in attaining net positive with the 50 kW Mini-OTEC (above), a closed cycle ocean thermal energy conversion platform, off the Natural Energy Laboratory of Hawaii Authority (NELHA).  In 1982, a team from Japan also advanced the field with a closed cycle 100 kW OTEC system on Nauru (left).  That was the last true net positive experiment, although the Pacific International Center for High Technology Research in 1993 gained fame with an open cycle 210 kW (world record net power of  103 kW) facility at NELHA, which produced electricity and freshwater (below): 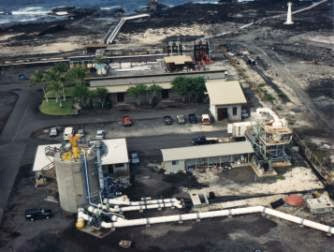 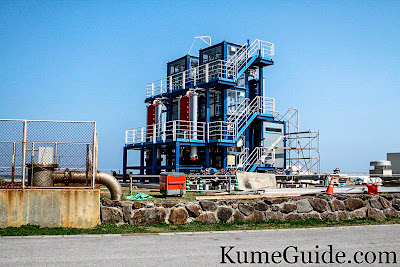 The first week of September saw considerable activity in OTEC, as reported in the following postings: 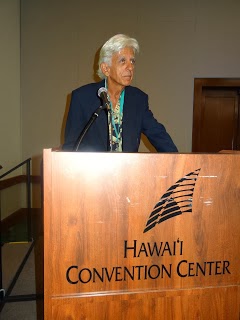 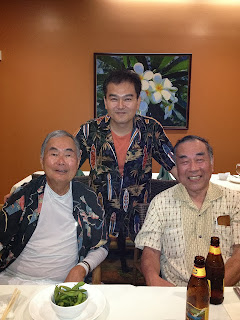 Among the key participants of the gatherings above included Robert Varley of Lockheed Martin (which announced an OTEC partnership with China--photo of signing to left included Secretary of State John Kerry), Ted Johnson of Ocean Thermal Energy Corporation (which recently announced a $7.7 million equity offering) and Eileen O'Rourke of OTEC International, who talked about their 1 MW OTEC experiment to be built at NELHA and the status of a partnership with Hawaii Electric Company to build a 100 MW OTEC commercial plant for Honolulu (top to bottom): 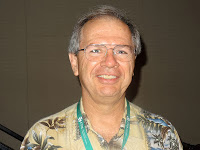 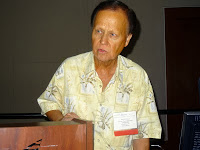 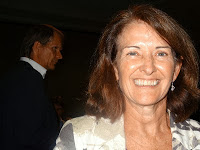 The OTEC Africa Conference will be held in Boras, Sweden next week, where discussed will be the latest developments: